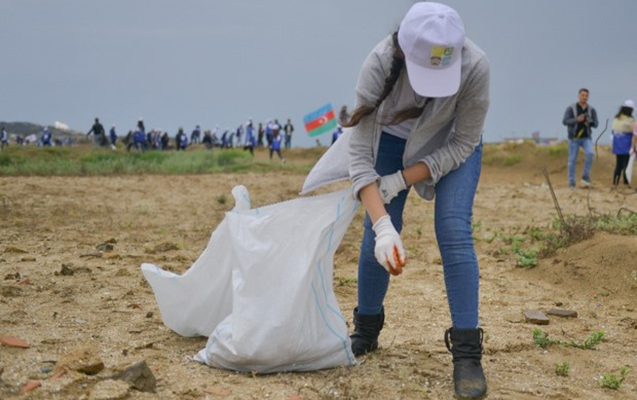 The main objectives of the Caspian Day activities are based on the goals of pursuing a change in people's perception of environmental protection, of developing public participation in solving Caspian Sea problems, and of educating society on best available practices in environmental management.

The campaigns were held with the participation of MENR and its subsidiary agencies such as; relevant Regional Department of Ecology and Natural Resources, Absheron, Masalli, Lankaran and Guba Regional Forestry and Seeding Department, three National Parks administrations (Absheron, Shirvan and Gizilagac), Khilli Sturgeon Hatchery, Azerbaijan office of REC Caucasus, parliamentarians, intellectuals, academicians, prominent cultural and art figures, volunteers, youth, representatives of industry such as “AzEkol” LLC, “Tamiz Shahar” OJSC, “Azersun Holding” LLC, Housing and Communal Services Association of Sumgait Executive Power, local municipalities of Khachmaz region and as well as local people. All the leading Mass Media representatives invited to the event and the entire event was covered by the mass media to convey our message of environmental awareness to a wide audience.

In total, around 400 people are involved in these campaigns.

During the action, about 10 hectares of area was cleared off, approximately 5 tonnes of plastic and other municipal waste, collected, sorted and transported accordingly to waste landfills