Statistical data of the Republic of Kazakhstan

Statistical data of the Republic of Kazakhstan

Unified Reporting Format For The Tehran Convention And Protocols

UNIFIED REPORTING FORMAT FOR THE TEHRAN CONVENTION AND PROTOCOLS

Note by the interim Secretariat Introduction. 1. The regular reporting by the Contracting Parties is envisaged by the Framework Convention for the Protection of the Marine Environment of the Caspian Sea (Tehran Convention), in accordance to which: - each National Authority shall submit “reports on measures adopted for the implementation of the provisions of this Convention and its Protocols in format and at intervals to be determined by the Conference of the Parties” (Article 27); - the Contracting Parties shall “co-operate in the development of procedures to ensure compliance with the provisions of this Convention or its Protocols” (Article 28) and “exchange on a regular basis information, in accordance with the provisions of this Convention”; - the Contracting Parties “shall endeavour to ensure public access to environmental conditions of the Caspian Sea, measures taken or planned to be taken to prevent, control and reduce pollution of the Caspian Sea in accordance with their national legislation” (Article 21).

This study is an attempt to develop an integrated methodology to predict the impact of the Caspian Sea on flooding using Geographic Information Systems (GIS) and hydrodynamic modeling. A rise in the sea level might lead to major flooding events, and have a severe impact on the spatial development of cities and regions. The feasibility of simulating a flood event along a drain channel is evaluated near residential development areas along the Chapakroud drain. The results of the study show that about 2 km of the drain embankments would be influenced by changes in sea water levels. For elevations of -23 m and -24 m, the maximum depths of water in the drain are 3.95 m and 2.94 m. The tail of the backwater reaches 3465 m and 2390 m, respectively, leading to flooded areas of 35.97 ha and 12.88 ha. The study shows that at these elevations environmental and social problems arise with regards to the drain. The results also indicate that GIS is an effective tool for floodplain visualization and analysis. It should be noted that the mixture of salt and soft water, as a result of rising sea water level, is a problem that was not investigated in this study and should be examined in the future. 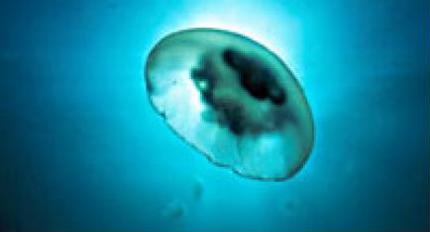 The main focus of review: To determine the Status of invasive species with special attention to the most aggressive invader Mnemiopsis leidyi in the Caspian Sea.

1. To assess vectors, pathways of invasive species introduction, their composition and their role in the Caspian ecosystem.

2. To analyze seasonal and interannual dynamics of the Mnemiopsis leidyi population in the all areas of the Caspian Sea; its impacts on the Caspian ecosystem including food recourses (zooplankton) and fish stocks along with other emerging environmental threats such as increased nutrient load from the coast, structural and quantitative changes in phyto-and-zooplankton communities, the appearance of harmful algal bloom (HAB) in the Southern Caspian.

3. To prepare recommendations for follow-up actions on invasive species management: - for the protection and control of the Caspian Sea from any sources of accidental invasive species introductions - for possibility of biological control of invader Mnemiopsis leidyi.

Review of an ecosystem and biodiversity of the Caspian Sea 2011

The Caspian Sea also is actively used long ago both for operation of bioresources, and for development of considerable fields of hydrocarbons.   The Caspian Sea is knot of developing transport systems "North-South" and "East-West".   Many sites of the Caspian Sea Coast have outstanding recreational and balneal value.

Development of valuable natural resources of the Caspian Sea is carried out against increase of anthropogenous pollution of sea waters and an aggravation of environmental problems of the coast caused by lifting proceeding in the period of 1978-1995 of level.  The condition of the marine environment of the Caspian Sea is subject to an adverse effect of the falling rivers bringing considerable and various pollution.

Pollution of the Caspian waters by resistant dangerous substances, including heavy metals and hydrocarbons; degradation and desertification of coastal territories; loss of spawning areas and integrity of many valuable habitats of the Caspian biota; irrational operation of biological resources and criminal trade; penetration and distribution of invasive alien types; flooding and destruction of coastal objects owing to high standing of a sea level, and also risks of oil pollution as a result of possible emergency situations at its production and transportation make serious threat for the marine environment of the Caspian Sea.

The document is prepared with use of information and data of federal executive authorities, executive bodies of the government of subjects of the Russian Federation, scientific and public organizations, and also at consultations with experts of the specified organizations.

Organizational, methodological maintenance of preparation of NPDK also is information, the analysis of materials, formation of the summary document and scientific editing of the text are executed Autonomous Non-Commercial Organization Center of the International Projects (Moscow). 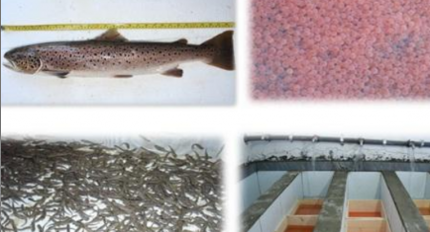 This species must also have had different stocks or genetically distinct units. In the Pacific Northwest of North America, the US FWS has identified over 100 genetically distinct units or races of wild salmon, specifically adapted to individual river conditions and seasonal distinctions. The same level of intra-species diversity may still exist for Salmo trutta caspius, although this is currently unknown. The Caspian region is the global center for diversity and endemism of members of the genus Salmo, especially the brown trout (Salmo trutta). Caspian salmon (Salmo trutta caspius-Kessler 1877) are believed to be the largest of the European salmon, which includes the Atlantic salmon (Salmo salar) and brown trout (S. trutta).

The Caspian salmon is listed in the Red Books of Russia, Kazakhstan, and Turkmenistan. In Azerbaijan, it is characterized as a sharply declining species. It is critically endangered in the southern part of the Caspian Sea according to IUCN criteria (Kiabi et al., 1999; Coad, 2000) .The The Caspian salmon, is one of the most valuable fish in Iranian waters of the Caspian Sea. The Caspian salmon is anadromous and migrates up rivers in Northern Iran (mainly in Karganrud, Navrud, Tonekabon, and Sardabrud rivers) to spawn. The Caspian salmon attains the greatest length, weight, and growth rate within Salmo trutta complex (Sedgwick, 1995). Natural populations of Caspian salmon have declined drastically in recent decades as a result of over-fishing, poaching, river pollution, destruction of natural spawning areas, and drought (Abdoli, 2000; Barannik et al., 2004; Niksirat & Abdoli, 2009). Due to sharp decline in population of this species, artificial breeding has been attempted in I.R.Iran, and huge investments by government have been made for enhancement of wild populations through releasing of fingerlings produced in hatchery (Jalali and Amiri, 2009). Stocking can be regarded as a useful management technique for improving stocks of salmonids (Aprahamian et al., 2003). Captive breeding and conservation programs have been initiated to produce, restore, and protect populations of Caspian salmon (Sarvi et al., 2006; Jalali & Amiri, 2009). Stocking is defined as ―the repeated injection of fish into an ecosystem in which a population of that species already exists from one external to it, i.e. a stocked species may be either already native to the recipient water body or exotic to it but previously introduced‖ (Cowx, 1998). The maintenance of genetic diversity is a primary goal for conservation breeding programs, so, its appropriate management is essential for species conservation programs (O’Connell & Wright, 1997). The Shahid Bahonar hatchery center (Kelardasht ) on the River Sardabrud is the only active stocking center of Caspian salmon in I.R.Iran. The broodstocks are captured each year in the mouth of the Tonekabon river (Kiabi et al., 1999). The broodstocks are captured in the autumn which runs up rivers in October–November. About 500,000 fingerlings are produced annually and released into the Caspian Sea . It takes 2 years before the fingerlings reach a weight of 15–20 g, corresponding to a length of 10–15 cm, which is considered suitable for releasing. Unfortunately the broodstocks just supplied from Cheshmeh kileh (Tonekaboon) river and other rivers in the western region do not take into account for collection of broodstocks restocking purposes (Kiabi et al. 1999; Hatef et al., 2007). The stocking programme started in 1983 and between 1983 till 1995 the releasing of fingerlings had increasing trend. Totally 8.6 million fingerlings released into the rivers (mostly in Tonekaboon and Sardabrud rivers ) between 1983 till 2010 and in the same period 83.2 tons Caspian salmon has been caught totally. 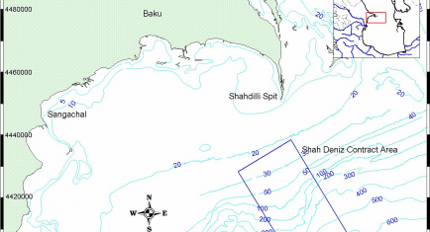 In general the survey stations around the SDX-5 well site were found to have well sorted very fine silt sediments with low variation in metal and hydrocarbon concentrations.

Relationships were found to be present between metals Cr, Cu, Fe, Mn, Pb and Zn. With the exception of phenols all hydrocarbon parameters were interrelated, with the proportions of UCM and NPD indicating that all hydrocarbons present were weathered.

Comparison to previous baseline data indicated change at one station adjacent to the well location. Samples from this station indicated the presence of WBM contaminated drill cuttings, with coarser grained sediments, very high concentrations of Ba and the absence of the metal relationships evident at all other stations.

Hydrocarbon analysis of samples from this position revealed an LAO signature indicating the presence of SBM in addition to the WBM. These samples also had a high proportion of NPD which suggests the likely presence of cuttings contaminated with LAO and also reservoir fluids.

LAO was detected in one other sample and two stations had slightly elevated concentrations of Ba.