This publication is prepared within the framework of the OSCE project "Aarhus Center in Ashgabat." The project supports implementation of the Aarhus Convention in Turkmenistan through National Aarhus Center, which is designed to facilitate access the public to environmental information, participation in decisions related to environmental issues and access to justice in matters relating to the environment. This collection of legislative acts is directed toward environmental organizations, public associations and citizens, interested in legislation in the field of environmental protection environment and nature management, as well as state bodies, in order to ensure public access to participation in nature protection. Compiler of the collection and the author of the preface is Kepbanov Y.A., Candidate of Legal Sciences.

The Legal Status of the Caspian Sea

The presented book represents an attempt to identify comprehensive solution to the problem of the international legal status of the Caspian Sea. The unclear legal situation of the Caspian Sea and the consequent uncertainty of the coastal states about the issue of territorial demarcation, their uncertainty about the extent of their sovereign rights to the exploitation of natural resources and the uncertainty of the neighboring states with regard to shipping in the Caspian prevent continuous economic development of the region, destabilize political situation and result in a lack of security in the Caspian region. These issues are not merely of regional, but of a global importance. This is the way the research is being continued by scientist all over the world.

There has been considerable focus on developing oil spill preparedness in the Caspian Sea region. This has involved the governments, regional bodies, the oil industry and a range of other stakeholders and international organizations (notably UNEP, IMO and OSCE). This effort is in addition to the primary focus on preventing spills.

The Tehran Convention’s Aktau Protocol is anticipated to enter into force during 2015. This will lead to the consideration of an appropriate regional mechanism for cooperation, with operational coordination enacted through the finalization and implementation of the Caspian Sea Plan Concerning Regional Co- operation in Combating Oil Pollution in Cases of Emergency.

Countries are developing and implementing National Contingency Plans in order to have effective national response systems, which also act as the basis for regional cooperation. Azerbaijan and Kazakhstan present examples of on-going progress in this area. The oil industry is playing an active role in these national planning developments, in alignment to the requirements of the OPRC Convention, the Emergency Protocol and the Aktau Protocol.

This publication, the first regional review in the IEA series Energy Policies beyond IEA Countries, evaluates energy policy developments in Eastern Europe, the Caucasus and Central Asia. This report focuses on key policies related to energy security, market design, sustainable development and investment climate, corresponding to the four pillars of the INOGATE framework, one of the oldest energy technical assistance programmes funded by the European Union and promoting regional energy co-operation since 1996.

This report presents the results of the two IEA-led peer review cycles conducted with INOGATE partner countries’ government designees and the INOGATE Technical Secretariat during 2013 and 2014 under the INOGATE Programme. The peer reviews involved extensive meetings with relevant government authorities, as well as with key public and private energy stakeholders in each country.

This brochure has been produced on behalf of the con- sortium developing the hydrocarbon deposits beneath the North East Caspian defined under the North Caspian Sea Production Sharing Agreement of 1997.

The concession area lies in a region of rich biodiversity recognized as being of international importance for its wildlife, including several species that are classified as endangered. The widely varying conditions in the North East Caspian include extreme seasonal temperature variations, long-term sea level change, short-term sea surges and retreats, high levels of turbidity and sediment movement, ice cover in winter and scouring of the seabed by moving ice.

This dynamic environment presents challenges for those who live and work in the area. It also means that the fauna and flora on land and at sea, are adapted to a significant level of environmental stress from continually changing physical conditions. 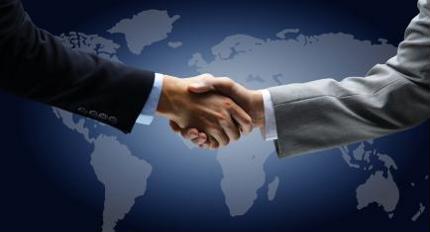 Synthesis and strategy for attracting and engaging the private sector, in particular the oil, gas and transport industry in the implementation of the Tehran Convention

The Caspian countries commit annual contributions to the Convention and during the 5th Meeting of the Conference of the Parties (COP5) in Ashgabat in May 2014 they decided on the location of the Convention Secretariat in the Caspian Sea region on a rotational basis under the administration of the UN Environment Program (UNEP) starting in Baku, Azerbaijan from 2015. The obligations under the framework character of the Tehran Convention have been specified in four Protocols on oil pollution preparedness and response (Aktau Protocol), on prevention of pollution from land-based sources (Moscow Protocol), on biodiversity protection (Ashgabat Protocol) and on transboundary environmental impact assessment (EIA) of which three have been signed/adopted and the negotiations on the EIA Protocol are close to being finalized. Preparations for the implementation of the Protocols are under way, extensive work to establish a shared environmental monitoring and information exchange system is ongoing, regional and national implementation plans have been established and the basis for continued work to increase public participation has been laid.

This comprehensive and wide range of activities as well as the significant financial resources attached to a successful implementation of the Convention and Protocols reveal that the private sector - and due to their special role in the Caspian Sea, in particular the oil, gas and transport companies - will become increasingly important partners of the governments of the Caspian countries in this process. The work the companies undertake, especially in the areas of environmental assessment, monitoring and information exchange, and in preventing, managing and controlling risks related to oil pollution incidents, directly relates to the implementation of commitments which governments have under the Convention and its Protocols. Therefore, engaging the private sector in areas of their expertise and interest has the potential to greatly assist in advancing and making the implementation of the Tehran Convention and its Protocols successful and cost-effective.

For that reason, and following the COP4 Ministerial decision to call upon the oil, gas and shipping industry“to support the implementation of the Tehran Convention and its Protocols”, the Tehran Convention Interim Secretariat (TCIS) assigned five consultants of the member state countries to identify how and which companies, in particular from the oil and gas and transport sector, could potentially contribute or strengthen their contribution to the implementation of the Convention. The present synthesis paper will provide an overview of past and present private sector support, it will compare and summarize the five national analysis reports and on the basis of the specifics in each country will make suggestions for next steps to attract further engagement.

Atlas of the caspian sea