Turkmenistan ratified the United Nations Framework Convention on Climate Change (UNFCCC) on July 5, 1995 and the Kyoto Protocol to UNFCCC in December, 1998. To imple- ment the main provisions of the environmental conventions, a State Commission has been created to ensure implementation of obligations of Turkmenistan arising from the interna- tional environmental conventions and programs.

In 2000, Turkmenistan prepared and submitted the Initial National Communication on Climate Change to the UNFCCC Secretariat describing national conditions and possible cli- mate change with its impacts on ecosystems and economy, assessment of greenhouse gas emissions and prevention measures on their decrease. In 2006, there was published the re- port on conduction of the second phase of the communication considering in detail the issues of capacity building in priority areas of the economy of Turkmenistan due to climate change. The Second National Communication is a logical continuation and further develop- ment of the Initial Communication.

The SNC contains new chapters including: Technology Needs Assessment, Education and Research, Climate Modeling and Global Climate Observation System. In addition, the National Action Plan was elaborated in more detail compared to the earlier version presented as per Iran’s First National Communication. This GEF supported Enabling Activity Project was supervised and approved by the Steering Committee comprised of representatives from relevant ministries and organizations whose members reviewed the sectoral and final reports.

The document represents the second national report of the Republic of Azerbaijan on the implementation of the United Nations Framework Convention on Climate Change. It presents national situational analysis, information on emissions and removals of greenhouse gases (GHGs), overview the activities Azerbaijan undertakes to implement the Convention, assessment of vulnerability to climate change, and calls for adaptation measures.

The document is published within the framework of the joint project of the Government of Azerbaijan and United Nations Development Programme "Enabling Activities for the Preparation of Azerbaiijan's Second National Communication to the UNFCCC" with the financial support of the Global Environmantal Facility (GEF).

The Tauw Consortium (TC) formed by Tauw bv - the Netherlands, Milieukontakt International (MKI) - the Netherlands, International HCH and Pesticides Association (IHPA) - Denmark and COWI A/S - Denmark, was selected by the World Bank in October 2009 to execute a Caspian regional POPs workshop in Azerbaijan. TC forms a strong OP, POP and hazardous chemicals team that has cooperated in different combinations in many projects in Central Asia and the Caucasus. Local partner was Mr. Islam Muslim Mustafayev the director of the Azerbaijan branch of the Caucasus Environmental NGO Network.

The workshop aiming at the improvement of obsolete pesticides management was held at the World Bank Office in Baku, from 7 till 11 December 2009 with participants from the five Caspian littoral states and donor organizations (World Bank, FAO). The workshop comprised sessions on: - An update on implementation of international requirements related to obsolete/ POPs pesticides - Development and strengthening of legal and institutional framework - Public awareness raising - Technical problems and priorities The workshop was held as an interactive workshop in which participants presented the current state of the abovementioned aspects of pesticide management for their country. Difficulties and gaps were discussed and ideas were developed in order to bridge the gaps identified. A legal gap analysis showed that in all countries there are gaps in legislation concerning the pesticides cycle. POPs often are not included and legislation needs to be aligned with international requirements. There is a lack of coordination between institutions and stakeholders in most countries. In many countries environmental and human health problems related to obsolete pesticide stocks are aggravated by a lack of awareness. Russia and Azerbaijan presented their experiences with inventory and technical difficulties. The presentations showed that there are problems with planning and coordination, a lack of environmentally sound storage capacity, a lack of knowledge concerning the scale of the problem (reliable and complete national inventory) and a lack of knowledge concerning handling of liquid pesticides. Action plans were presented, which for some countries like Russia, were plans of different options (signing the convention, detailed inventory, pilot on implementation PSMS). Also for Turkmenistan, ratification of the Stockholm Convention is a big challenge. For other countries like Azerbaijan, there is a follow up project about to start. Therefore the action plan for Azerbaijan comprises a number of defined steps already (capacity building, full national inventory). Iran presented an action plan for repackaging of obsolete pesticides in the Golestan province.

This project aimed at inventory training for 10-15 people, mainly from the four Ministries with a designated role in the management of obsolete pesticide stocks (MoA, MoE, MoEm, MoH). The training comprised training on the inventory process, health and safety during inventory, management of inventory data with PSMS, different approaches for stores and burial sites and on the job inventory training (practical part). The practical training was performed on sites of five former pesticide stores including one site where pesticides were buried and soil and groundwater sampling was trained. This World Bank project will be followed on by a TCP project approved by FAO regarding capacity building in pesticide management in Azerbaijan. The TCP project aims at (amongst others) a full national inventory, risk quantification and action plans for high risk sites. For repackaging, there is no project approved yet. In the evaluation of the training, the trainees were confident to be able to train others in order to perform a full national inventory. Further assistance might be needed on selected topics. The trainees did not see a problem concerning knowledge transfer. It is recommended to select trainees more carefully in the future. Ideally, the participants of the inventory training are the people doing the inventory and to keep all steps of the pesticide stockpile management cycle in mind during the individual steps in order to have funding for the following steps like repackaging, safeguarding and final disposal or destruction. 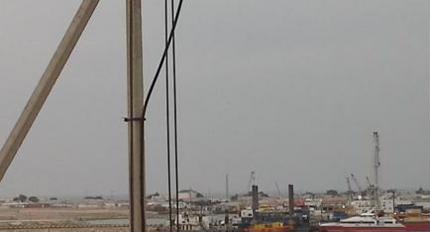